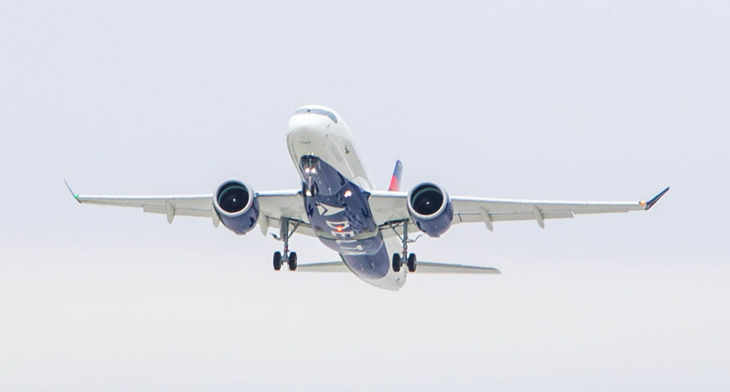 Delta Air Lines’ first Airbus A220-100 flew out of Mirabel Airport in Québec, Canada for the first time as the airline continues with pre-delivery testing and assembly ahead of its planned entry into service early next year.

The aircraft was crewed by A220 programme test pilots and during a successful two hour and 53 minutes flight, the crew checked the main systems before landing back at Mirabel. The flight took place a few days after the aircraft rolled out of the paint shop.

Delta Air Lines will be the first US carrier to operate the former Bombardier CS100 aircraft, becoming the fourth A220 operator after Swiss International Air Lines, airBaltic, and Korean Air. The US airline is the largest customer for the smaller A220, with a firm order for 75 of the Pratt & Whitney PW1500G-powered aircraft.