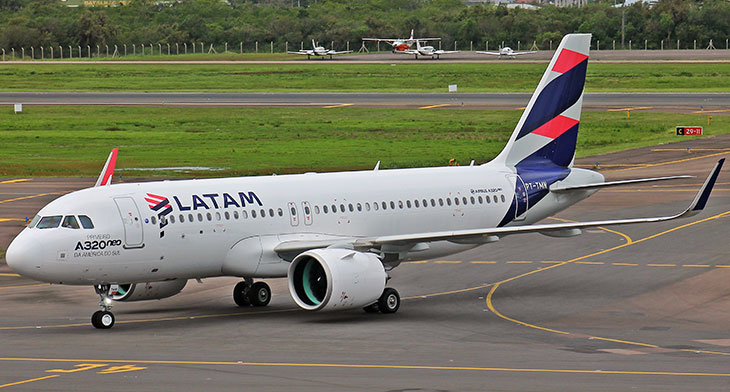 Delta and LATAM are to begin codesharing

Delta Air Lines and LATAM have announced the launch of codesharing on LATAM flights in Brazil as a part of their new partnership.

Delta first revealed its agreement with LATAM in 2019, expecting to provide customers with wider connectivity on up to 65 routes throughout Delta’s US and Canada network, and up to 37 of LATAM’s routes in Brazil. Affiliates of the companies have already applied codesharing in Colombia, Ecuador and Peru. A potential of 74 onward routes in the US and up to 51 onward routes in South America could be on offer when codesharing is fully implemented.

The agreement also includes the launch of frequent flyer reciprocity, offering customers benefits across more than 435 worldwide destinations. This would allow passengers to collect reciprocal miles and redeem them on all flights in the Delta and LATAM networks. This will be effective in April 2020 and will comply with Delta’s new flight schedule. Designed to maximise the airline’s connectivity with LATAM.

Delta President of International and Executive VP of Global Sales, Steve Sear said, “Together with LATAM, we are building an industry leading and customer-focused partnership that connects North and South America like never before. With frequent flyer reciprocity and new codeshare flight options, we’re already beginning to deliver on this partnership for our customers, with much more to come.”

It is forecast that when the Delta and LATAM partnership is fully implemented, it “will hold the leading position in five of the top six South American markets from the US.”