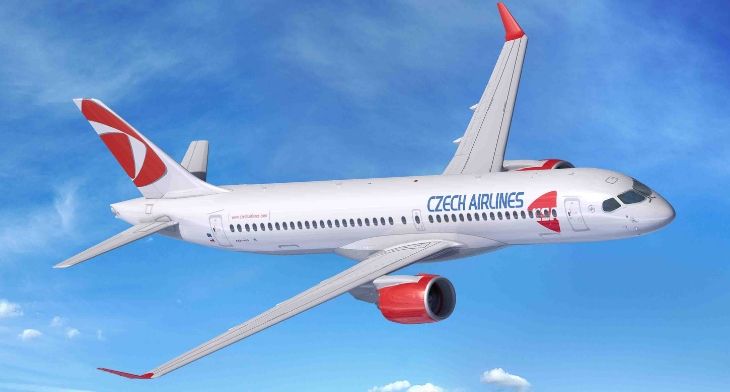 Czech Airlines has ordered four Airbus A220-300 aircraft and upsized a previous order for three A320neo to A321XLR.

“The A220 and A321XLR fit well with our long-term business strategy in terms of network expansion,” said Petr Kudela, chairman of the Board of Czech Airlines, adding that the aircraft would increase the capacity of the airline’s regular flights. “I believe that this step will be appreciated by our passengers, as the aircraft offer best in class comfort even during long haul flights thanks to a brand new cabin configuration.”

Christian Scherer, Airbus chief commercial officer called the order a “winning combination” for Czech Airlines, highlighting that the A220 “has proved to be a strong performer in Europe with its high daily utilisation being a testament to its versatility.”

Scherer added that as the A321XLR boasts the longest range of the A320 Family, “Passengers can now fly further without compromising on comfort, whilst Czech Airlines benefits from remarkably lower fuel consumption as it expands its network.”