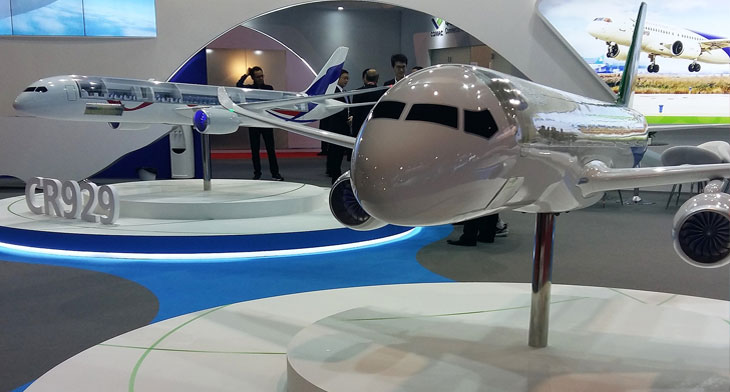 The list of potential candidates to supply the equipment for the long-range aircraft includes companies from Russia, China and Europe.

The package of RFP documents for the landing gear system contains design and commercial requirements, requirements for after-sales support and quality, as well as for supply chain management. Responses from potential suppliers are expected to be received by the end of November this year.

After this, within CRAIC, a joint Russian-Chinese team will begin detailed analysis and prepare a comprehensive assessment of the suppliers’ proposals.

In June the two companies approved the general layout of the CR929, including the principal geometry – wing span and shape, fuselage length, fuselage nose and tail section dimensions, aircraft fins sizing and form, location of engines, landing gear and doors. This was following work by the JET-team, a Sino-Russian engineering unit headed by CR929 chief designers Maxim Litvinov (representing the Russian side) and Chen Yingchun (representing the Chinese side).