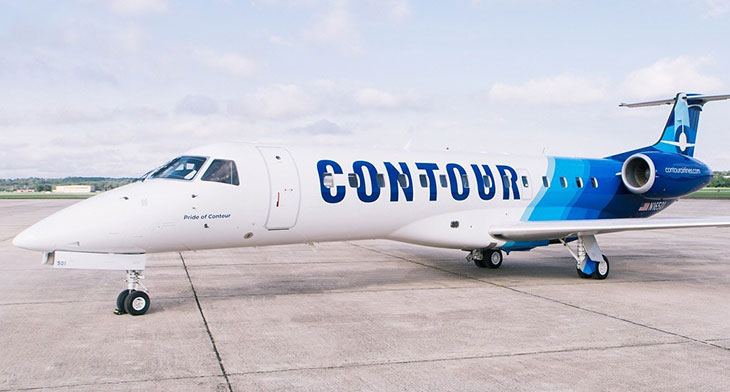 Contour Airlines to open new aircraft base in Indianapolis

Contour Airlines has announced plans to establish an aircraft base at the Indianapolis International Airport, aiming to launch operations from the airport on 10 June 2020.

The airline plans to purchase additional ERJ-135/145 aircraft and is investing in the new base, which will initially house two of the regional jets.

Chief Executive Officer of Contour, Matt Chaifetz, called Indiana “a natural fit” for the growth of the regional airline.

The airline plans to create up to 55 new jobs in central Indiana by the end of 2023 in order to support its growth.

The addition of these routes will bring the total connectivity available at the airport to a record-high of 53 nonstop destinations as the airline plans to make Indianapolis its second focus city.

Mario Rodriguez, Indianapolis Airport Authority executive director called Contour’s investment a “win-win all the way round” adding: “Travellers have been demanding drive-market destinations, and we’ve been working for years to bring these to Indy and expand both business and leisure nonstop connectivity regionally. Jobs, a new record-breaking number of nonstop flights, and further proof you can get there from here! That’s a win for everybody.”

With these new routes, Contour will serve 20 routes in 10 states and Indianapolis will become the airline’s second focus city after Santa Barbara, California.

The Indiana Economic Development Corporation (IEDC) offered Corporate Flight Management, Inc. dba Contour Airlines up to $1.5 million in the form of a Minimum Revenue Guarantee, meaning the company only earns it if it does not meet its minimum revenue targets for the routes. The IEDC also offered the company up to $550,000 in conditional tax credits based on the company’s job creation plans. The corporation highlighted that the incentives are performance-based.

We have exciting news to share! This morning at #RoutesAmericas, representatives from @IAA_business, @IndyMayorJoe, and @Indiana_EDC announced that @ContourAirlines plans to establish an aircraft base at the IND and launch three new domestic routes: https://t.co/s5zDB2YjEI pic.twitter.com/hT0CAmV5qt