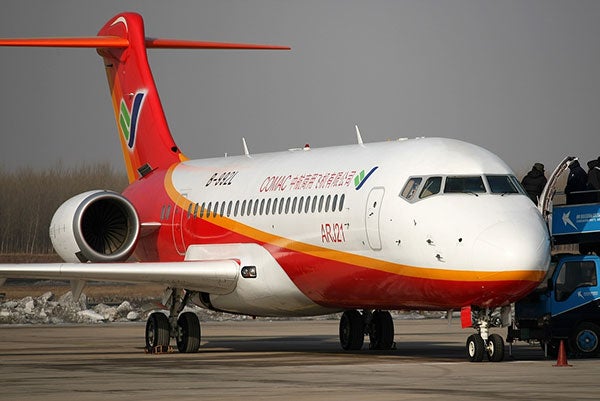 This announcement came as COMAC completed the manufacture on another ARJ21-700 aircraft last week. That aircraft successfully performed its first production flight, remaining in the air for nearly four hours.

The previous single assembly line at Pudong, limited production to 15 aircraft annually, which is now set to double. COMAC aims to contest to the dominance of Airbus and Boeing aircraft such as Embraer, using the ARJ21-700 within the small regional jet market which it describes as “an underserved market”.

Currently, COMAC has delivered 23 ARJ21s to local airlines such as Chengdu Airlines, Genghis Khan Airlines, Jiangxi Air and CFGAC, with another 278 aircraft to be delivered across various carriers.

The manufacturer has hopes for its C919, a mid-size jet seating around 160 passengers and the twin bodied C929 fitted for around 300 passengers. The first delivery of the C919 aircraft is expected to reach China Eastern Airline in 2021, followed by test flights of the C929 in 2025.

Although the majority of interest has been from Chinese airlines, UK airline Ryanair CEO, Michael O’Leary stated that he was “still committed to the C919.” In 2011, the airline signed an MOU with COMAC regarding the aircraft.

O’Leary further commented on the importance of another aircraft manufacturer, stating, “When you look at the state of the industry in the last twelve months, the delay of the MAX, the grounding of the MAX aircraft, the delay in the return to service has put enormous pressure on capacity across the industry and that has also meant there has been less growth.”