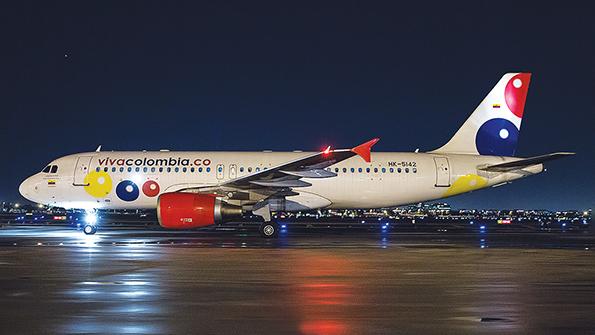 Viva Air aims to transport 7.2 million passengers in 2020, compared to the 6.3 million flown the previous year. To reach this goal, the airline is accummulating a new aircraft fleet. Within the next three years, 35 Airbus A320neos will be delivered to the airline, added to the 15 that have been received already.

There are many expected benefits of the chosen aircrafts, one being turnaround time. Currently, the airline’s turnaround time is 30 minutes for domestic flights and between 40 to 90 minutes for international flights. However, the new aircraft would result in quicker offloading and loading processes due to its wider aisles, contributing to a shorter turnaround time. Takahashi commented, “If we adjusted the measurement to compare apples to apples, we would be first in the region.”

The airline has highlighted the “need to invest in the infrastructure and people to meet growth.” Plans for a new training facility – to be opened in the first half of 2020 – and software system is underway, expected to be operating in the near future. Viva has invested in improving technology operations, including the addition of a simulator for pilots and maintenance technicians. Takahashi described finding a fitting maintenane software as “a challenge.”

Current pilot manuals are all data-based but the airline still relies heavily on paper logs for writing tech reports to the lessors and regulatory authorities, increasing the possibility of human error and reducing time efficiency. By investing in its technological systems, the airline hopes to become for efficient and produce more reliable data.

Viva Air has shown a push to improve its fleet but also, to become for green. The airline has made a big investment in its new aircraft which will aid in the reduction of its carbon footprint, as they produce 15% less carbon dioxide and reduce noise by 50%. Additionally, smaller initiatives such as paper cups replacing plastic and using iPads rather than paper, are all in aid to become a more environmentally aware airline. Viva has also worked to decrease the weight of it aircraft by facilitating two ovens rather than three or four, implementing lighter-weight seats and filling water tanks at 50%. All of these actions help to reduce the weight of the plane and therefore, contribute to saving fuel emissions.

Viva expects to become public in a few years time, operating at low costs; the airlines aims “to be the lowest-cost operator in the region – and one of the lowest in the world.”