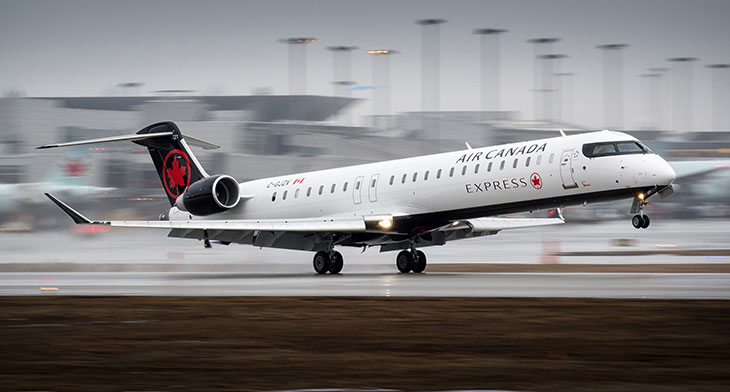 Chorus Aviation has entered into a firm purchase agreement with Bombardier Commercial Aircraft to acquire nine CRJ900 aircraft, in an order valued at approximately US$437 million at list prices.

The aircraft will be operated by Chorus’ subsidiary, Jazz Aviation, under the Air Canada Express brand, as part of the airline’s Capacity Purchase Agreement (CPA) with Air Canada. Delivery is expected in 2020.

“The addition of these new CRJ900 aircraft is a significant step in modernising the Jazz fleet with larger aircraft while supporting the continued growth of our leasing revenue,” said Joseph Randell, president and chief executive officer, Chorus. “The economics of this aircraft will enhance our competitive position and our ability to more effectively respond to the needs of our customer and changing market demand.”

The nine 76-seat aircraft will be configured in two classes with 12 seats in business class and 64 in economy class, including 20 preferred economy seats.

Fred Cromer, president, Bombardier Commercial Aircraft said the order from Chorus and Jazz “reaffirms their confidence in the value that the CRJ provides to airlines” he added: “The CRJ900 aircraft is ideally suited to growing markets and is recognized for its superior performance, economics and passenger comfort.”

The new aircraft will be equipped with Bombardier’s new ATMOSPHÈRE cabin, making Jazz Aviation the first Canadian operator of the new cabin for the CRJ Series regional jets.