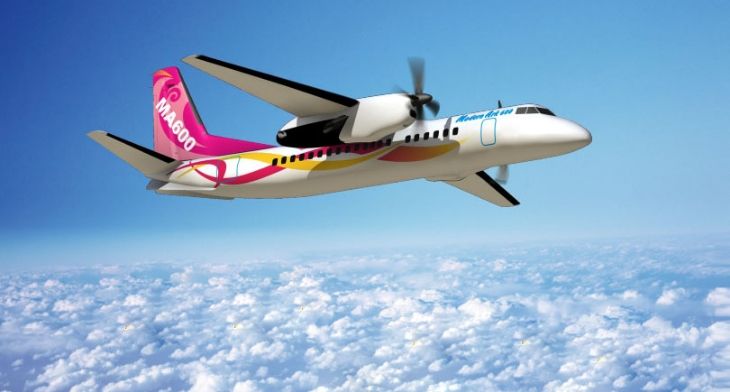 A report from the Chinese Society of Aeronautics and Astronautics has revealed that Xian’s new regional turboprop, the Modern Ark 700 (MA700) has now entered production trials and the verification stage. The first aircraft, numbered 1001, is due to be rolled out in September and is expected to conduct its maiden flight shortly after.

The MA700 is a twin-engine, 80-seat conventional configuration, with a straight tapered shoulder-mounted wing and a T-tail. The aircraft will be powered by Pratt & Whitney Canada PW150C turboprops and be equipped with fly-by-wire.

To date, AVIC, the Aviation Industry of China has revealed that the MA700 has 185 orders from eleven operators including Joy Air, Cambodia Bayon Airlines, Emirates EGA Group and Hybrid Aviation being among the customers.