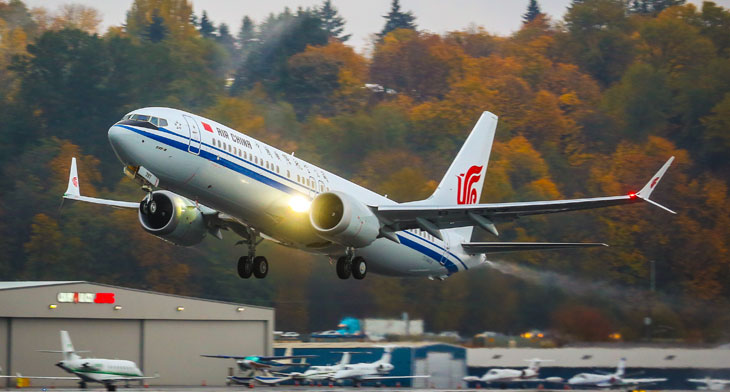 China to play hardball with Boeing?

The United States and China are once again in dispute over trade agreements. Amid a recent spate of tit-for-tat tariffs, China announced that it may reduce Boeing orders. The threat has sent Boeing’s shareholders into meltdown.

The decision by China to increase the tariffs on $60 billion worth of US goods was announced on 13 May. The retaliation was issued following President Trump’s expansion of levies.

Cordial relations between the two trade giants broke down last week when, Trump accused President XI Jinping of reneging on “terms they had agreed to during earlier bargaining rounds.”

As a result, the US slapped further tariffs upon US$200 billion worth of Chinese exports. The $60 billion Chinese comeback has now resulted in Trump threatening to tariff all Chinese imports.

In response to the threats, shares in Boeing fell by 5%.

Boeing and China have become increasingly dependent on each other. The aircraft manufacturer’s business is estimated to enhance China’s economy by more than $1 billion every year according to the latest market stats.

But China’s Boeing orders were already shrinking prior to the tariff war, when it failed to place an order in 2018, the first time this had happened since 2002. This was the first time Boeing had gone a year without a Chinese requisition.

China has also been developing its own aircraft that it hopes will compete with Boeing and Airbus.

The Comac C919 is a narrow-body twin-jet airliner. It first flew on 5 May 2017, although the programme is behind schedule and is still being flight tested. The aircraft is due to enter service in in 2021.

Boeing is one of several US companies with close trade ties to the Chinese economy. Its reliance on the country for revenue makes it particularly vulnerable to the latest dispute.