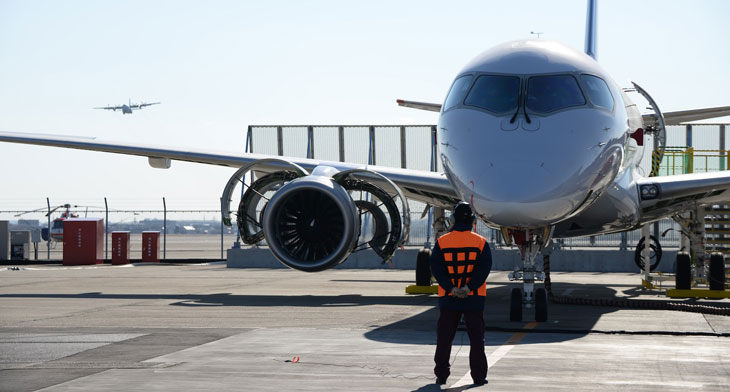 According to Reuters, the Canadian aircraft manufacturer is suing the aircraft unit of Japan’s Mitsubishi Heavy Industries, claiming the former employees passed on trade secrets to help Mitsubishi regional jet programme. The lawsuit was filed on Friday in a federal court in Seattle.

In response, a statement today from MAC said: “Bombardier Inc. of Canada filed a lawsuit against Mitsubishi Aircraft Corporation alleging that Mitsubishi Aircraft hired employees from Bombardier to acquire trade secrets. We strongly reject this lawsuit and find their allegations and assertions without merit. The Mitsubishi Regional Jet (MRJ) programme is developing aircraft that will set new standards for performance, airline profitability, and traveller comfort.

“These newer, more advanced aircraft are set to replace the previous generation of <100 seat aircraft based on their double digit fuel savings, best-in-class passenger comfort and Japanese quality. As a result, we see these proceedings as a recognition of our competitive product and this lawsuit primarily as an attempt by Bombardier to stifle global competition. We will strongly defend our position in this case. ”

AeroTEC has been working with Mitsubishi Aircraft as part of the certification programme for the 90-seat passenger aircraft, which has suffered several delays over the years but is due for Entry Into Service in 2020 with All Nippon Airways.

The lawsuit alleges that Bombardier employees recruited by Mitsubishi or AeroTEC brought with them confidential documents and data related to the certification of aircraft in Canada and the United States. The Canadian OEM is seeking a preliminary injunction to prevent Mitsubishi and AeroTEC from using the information it says was taken.