In a leadership reshuffle, Boeing has named Stan Deal as successor of Kevin McAllister to the role of president and CEO of Boeing Commercial Airplanes. 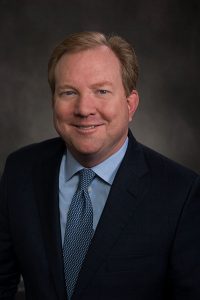 Ted Colbert is to move into Deal’s previous role as president and CEO of Boeing Global Services, effective immediately whil Vishwa Uddanwadiker has been appointed to Colbert’s former role as interim chief information officer and senior vice-president of Information Technology and Data Analytics.

“Our entire Boeing team is focused on operational excellence, aligned with our values of safety, quality and integrity, and we’re committed to delivering on our commitments and regaining trust with our regulators, customers and other stakeholders,” said Boeing President and CEO Dennis Muilenburg.

He commented: “Stan brings extensive operational experience at Commercial Airplanes and trusted relationships with our airline customers and industry partners; and Ted brings to our Global Services business an enterprise approach to customers and strong digital business expertise—a key component of our long-term growth plans… We also thank Vishwa for stepping up to this important role.”

Stan Deal joined Boeing in 1986 and has most recently served as president and CEO Boeing Global Services, he is also a member of Boeing’s Executive Council.

“We’re grateful to Kevin for his dedicated and tireless service to Boeing, its customers and its communities during a challenging time, and for his commitment to support this transition,” continued Muilenburg.

McAllister commented: “Boeing is a great company with a commitment to safety I have seen firsthand working side-by-side with many thousands of tremendously talented and dedicated employees. It has been an honour to serve with such a professional team for the past three years.”

Boeing chairman David Calhoun confirmed the board supports the leadership moves, adding: “Boeing will emerge stronger than ever from its current challenges and the changes we’re making throughout Boeing will benefit the flying public well into the future.”