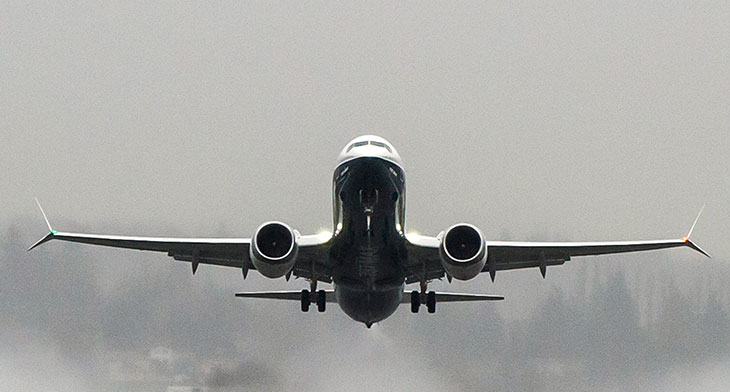 Making a mends on the MAX

On 27 March, Boeing presented its message to the public in relation to the 737 MAX.  Top Boeing executives defended the safety of their aircraft during a briefing and gave additional details of the software update intended to resolve issues with the aircraft’s MCAS.

The briefing to the media came just one day after Boeing hosted some 200 pilots to discuss software upgrades.

At the briefing, Boeing avoided discussing what may be causing the problems, noting investigations into the 737 MAX 8 crashes remain open. Investigators did state that Lion Air pilots lost a battle after the MCAS repeatedly pushed the aircraft’s nose down. Officials noted a similar occurrence to the Ethiopian loss.

The company gave a more thorough explanation of the MCAS system, which sits within the 737’s speed trim system, and was added to the 737NG when transitioning from the 737 classic. The speed trim adjusts the stabiliser to provide a ‘constant increasing gradient of force’ as pilots pull back on the control column, Boeing stated.

Engineers added MCAS to the MAX’s trim system to account for the aircraft’s engines, which are heavier, larger in diameter and are positioned further forward on the fuselage than the 737NG’s engines. The system activates when the autopilot is off and the flaps are up, and relies on data from one of the AOA vanes.

MCAS gives a pilot “a linearly increasing gradient of column force” through elevated angles of attack, said a top Boeing official, who didn’t want to be named. “That’s what the MCAS function is designed to do.”

So consistent, is the system, some pilots have stated that they needed less than one hour of iPad-based training to convert to the MAX.

The MCAS upgrades announced by Boeing make the system rely on two AOA sensors, and the computer monitors sensor variation and deactivates if sensors differ by more than 5.5o.

Boeing declined to speculate when regulators might certify the new software and training updates, but it is presumed that the grounding will lift gradually as countries liaise with their governing bodies.

Boeing have stated that they can get software updates to the airlines in about one day, and updating a MAX takes about one hour, according to the company.