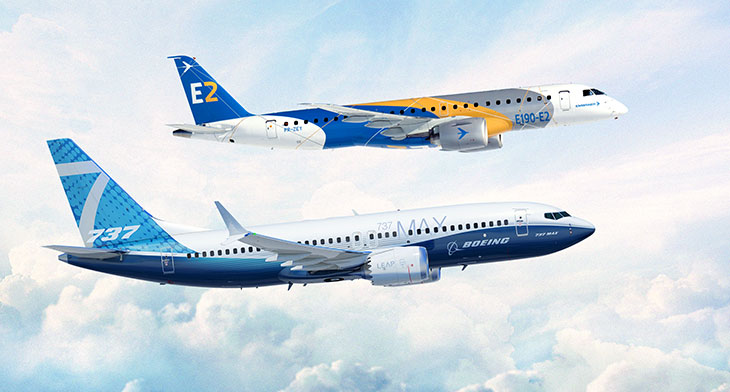 The proposed joint-partnership between Boeing and Embraer was approved on 27 February by Embraer’s shareholders during a meeting held at the company’s headquarters in Brazil.

Of the votes cast, 96.8% were in favour of the arrangement. Shareholders approved the proposal that will establish a joint venture made up of the commercial aircraft services operations of Embraer. Boeing will hold an 80% ownership stake in the new company, and Embraer will hold the remaining 20%.

The transaction values 100% of Embraer’s commercial aircraft operations at US$5.26 billion and contemplates a value of $4.2 billion for Boeing’s 80% ownership in the joint venture.

“This groundbreaking partnership will position both companies to deliver a stronger value proposition for our customers and other stakeholders and create more opportunities for our employees,” said Paulo Cesar de Souza e Silva, president and CEO of Embraer. “Our agreement will create mutual benefits and boost the competitiveness of both Embraer and Boeing.”

Boeing and Embraer announced in December 2018 that they had approved the terms for the joint ventures and the Brazilian government gave its approval in January 2019. Shortly thereafter, Embraer’s board of directors ratified its support for the deal and definitive transaction documents were signed. The closing of the transaction is now subject to obtaining regulatory approvals and the satisfaction of other customary closing conditions, which Boeing and Embraer hope to achieve by the end of 2019.