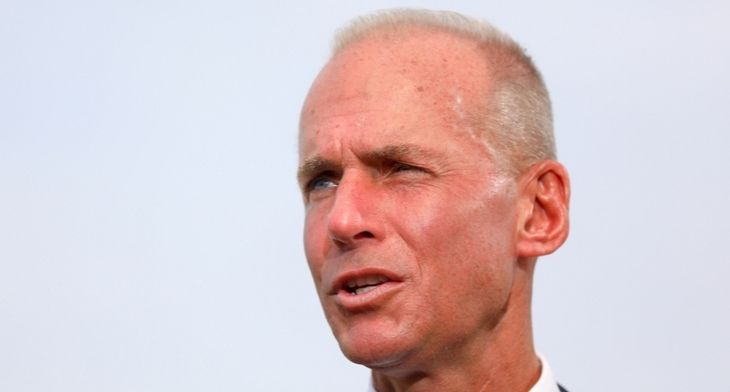 Just hours after the certification of the Boeing 737 MAX was heavily criticised by a panel of aviation authorities, Boeing CEO Dennis Muilenburg was stripped from his role as a chairman by the Board of Directors, which elected David Calhoun to replace him.

A Boeing press release announced the change on 11 October, the company stating it would allow Muilenburg “to focus full time running the company as it works to return the 737 MAX safely to service” as well as “sharpen Boeing’s focus on product and services safety”. The new non-executive chairman Calhoun added that “the board also plans in the near term to name a new director with deep safety experience to serve on the board and its newly established Aerospace Safety Committee”.

The review heavily criticises the way the FAA handles the approval of the Boeing 737 MAX. It points at outdated regulations and standards in the face of systems that are becoming more complicated and recommends that the certification make sure that fail-safe procedures exist in the design “minimizing reliance on pilot action as primary means of risk mitigation”.

The panel asked Boeing to review its Organisation Designation Authorization (ODA) programme that allowed the manufacturer to conduct safety inspections and certification of its aircraft using its own engineers certified by the FAA. It made that point that there was “inadequate communications” regarding the MCAS failed to report “the evolution of the MCAS from a relatively benign system to a much more aggressive system. The lack of a unified top-down development and evaluation of the system function and its safety analyses, combined with the extensive and fragmented documentation, made it difficult to assess whether compliance was fully demonstrated”, said the Joint Authorities Technical Review, a group composed of the FAA, EASA and aviation representatives from Australia, Canada, China, Japan and many others.

The report requests that the FAA review the Boeing Aviation Safety Oversight Office, in charge of tasks such as “certification document approval, findings of compliance and ODA oversight” has enough technicians to complete them properly. It requested that those engineers “with limited airworthiness experience” being supervised until qualified.

The JATR also confirmed the findings of the NTSB in that a reassessment of the time needed by a pilot to respond, especially to a host of onboard failures and multiple alarms.

With the release of the JATR report, FAA administrator Steve Dickson said he would “review every recommendation and take appropriate action”.