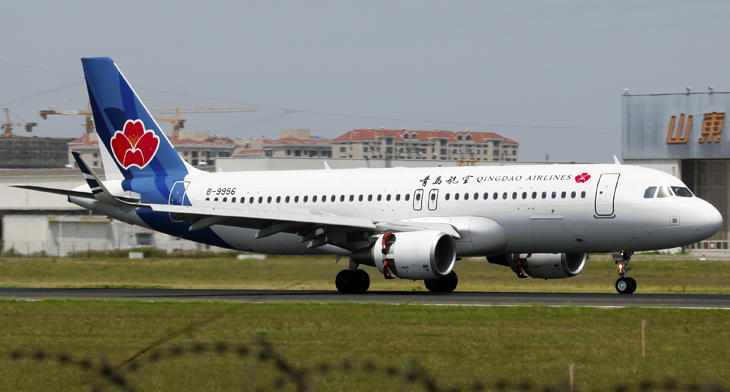 “We are delighted to welcome Qingdao Airlines as new customer as we support Qingdao Airlines in the growth of their fleet,” said Robert Martin, MD and CEO of BOC Aviation. “The industry-leading economics of the A320neo make it a natural choice for the airline.”

Mr Wu Longxue, CEO of Qingdao Airlines said, “This aircraft is the twentieth in Qingdao’s fleet, which makes today an important milestone in our company history. We are also glad to cooperate with BOC Aviation, one of the biggest lessors in the world and we are expecting our cooperation to be more in-depth in the future.”

Based at its primary hub in Qingdao Liuting International Airport, Qingdao Airlines operates an all Airbus A320 fleet with its 20 aircraft flying to 47 destinations in China and the local region. The airline begun operating in 2014 and is owned by the Yantai-based Nanshan Group.