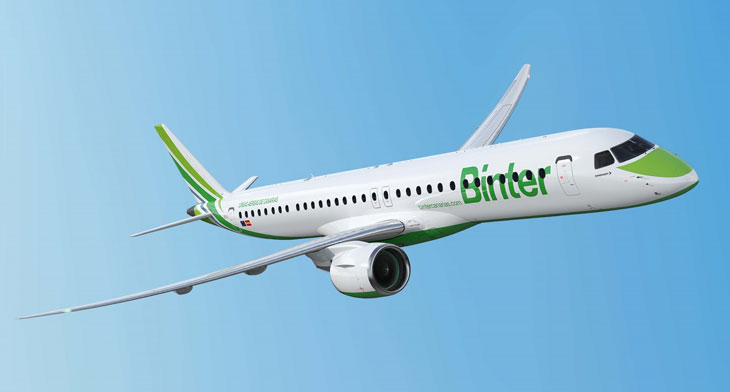 Binter of Spain celebrated the delivery of its first Embraer E195-E2 at the manufacturer’s main facility in São José dos Campos on 21 November. The airline is the first European customer to receive the biggest of the three members of the E-Jets E2 family of commercial aircraft, and will operate five of the type on its regional routes.

“We’re extremely proud to deliver the first E195-E2 in Europe to such an accomplished regional airline. Binter will showcase the very best of the airplane as it expands its network to more cities,” said John Slattery, president and CEO, Embraer Commercial Aviation.

“Today’s event is very special for all of us, who are part of Binter. This Embraer E195-E2 aircraft is an important step in the history of our company that will become as well a jet operator. This new milestone, which coincides with the celebration of the 30th anniversary of Binter, adds more advances to the ones that we have made in recent years, and that help to pursue our main objective: the improvement of connecting the Canary Islands, both inter-land and external destinations,” said Binter’s president, Pedro Agustin del Castillo.

The purchase of the E195-E2 is part of Binter’s overall fleet modernisation initiative. Each aircraft is configured with 132 seats in a single case. The new aircraft will be deployed across a route network that includes eight cities in the Canary Islands, nine cities in Africa and two in Portugal.