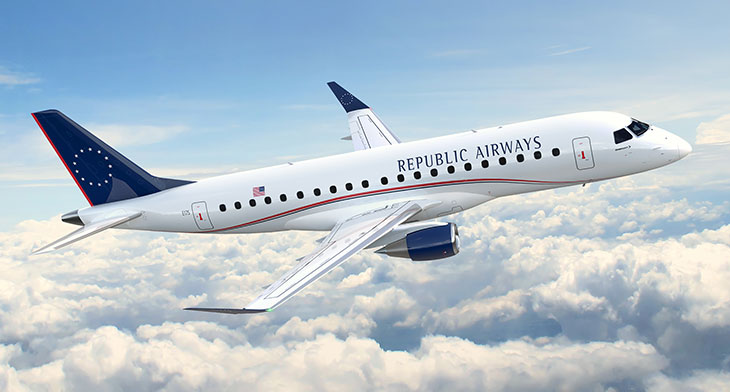 Republic Airways the regional carrier in the US announced this week, that it is increasing its operational partnership with Delta Air Lines. The new arrangement will mean an additional 30 Embraer 175 E-Jets will join Republic’s fleet, which will expand the carrier’s position as the world’s largest E-Jet operator, with more than 220 examples. The first aircraft is due to arrive in October 2019, with the final example due in July 2020.

At present, Republic operates just under 40 aircraft for Delta and expects the expansion to increase its scheduled daily operations for Delta by more than 75%.

“Our partnership with Delta is a vital part of our business, and we’re excited by the opportunity to expand our relationship with Delta and continue to serve its customers,” said Bryan Bedford, Republic Airways president and CEO. “Over the last several years, out team has been working hard to position us for growth and to enable us to respond to the needs of our codeshare partners. Their hard work is the reason we can male this announcement.”