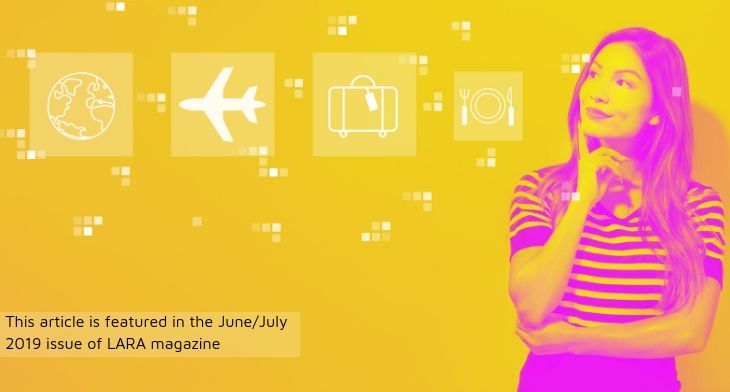 The price of a ticket is now just a small part of the revenue income that passengers provide for an airline. Following the lead of the low-fare carriers, airlines now offer a host of upgrades and perks for those travelling, although all come at a price. Emma Kelly investigates this growing extra revenue provider.

Since 2014, global airline ancillary revenues have more than doubled, with airlines of all shapes and sizes following the lead set by low-cost carriers. Airlines have now set their sights on even greater ancillary revenues and are increasingly getting better at targeting the right ancillaries at the right customers, as well as deploying innovative techniques and technologies to reach and capture the spending of those customers. Global management firm McKinsey puts global ancillary revenues at US$50-$55 billion per annum, not including revenues from frequent flyer programmes. McKinsey points out that this figure exceeds the industry’s $31 billion 10-year average annual operating profit, noting: “Without them [ancillary revenues], the industry would not be profitable.” Ancillary revenue consultancy IdeaWorks is more descriptive when it comes to ancillary revenues. “Ancillary is aninoculation against the virus of financial failure, which seems ever present in the airline business,” it says. IdeaWorks has been tracking the growth of airline ancillary revenues – defined as revenue beyond the sale of tickets that is
generated by direct sales to passengers or indirectly as a part of the travel experience – since 2010. For 2018, in conjunction with technology platform CarTrawler, IdeaWorks estimated total airline ancillary revenue at $92.9 billion – a 312% increase on the 2010 figure of $22.6 billion and 10.7% of the industry’s global $871 billion revenue. In its figures, IdeaWorks includes any activity that yields cashflow beyond the transportation of customers from A to B, including frequent flyer programmes, commissions and a la carte services. Ancillary Revenue Champs – those carriers that generate the highest activity as a percentage of operating revenue – are a growing band and are achieving greater results than ever before as airlines become better retailers, according to IdeaWorks’ analysis. The champs include LCCs VivaAeroBus, Volotea, Allegiant Air, Pegasus Airlines, Ryanair and Scoot. The percentage of revenue achieved by this group jumped to 33.9% from 30.9% in 2017, says the report. LCCs and the ancillary revenue champs are the “originators of ancillary revenue and have always effectively managed the combination of low fares and a la carte
features”, says IdeaWorks. “Whereas traditional airlines offer a handful of optional extras, the true ancillary revenue evangelists manage a buffet of choices in the online booking path, through mobile apps and solicitations sent after travel is booked,” it explains. According to IdeaWorks, a typical ancillary revenue-savvy carrier will have around 60% of its ancillary revenue coming from
baggage fees; 12% from assigned seating; 9% from onboard services, including food, extra leg room and duty free; 15% from other a la carte services, such as charges from priority check-in, onboard entertainment and connectivity; 3% from travel retail, such as car, hotel and insurance; and 1% from the sale of frequent flyer points and miles. Baggage alone contributes $28.1 billion to
the ancillary revenue total, according to IdeaWorks, with stringent baggage fee policies being the “hallmarks of top revenue-performing LCCs”. Las Vegas-based discount airline Allegiant, for example, generates more than $16 per passenger from its baggage revenue policies, including fees for large carry-on bags. IdeaWorks says the surprising development over the last two years is that some of the world’s leading network carriers – particularly in Europe and North America – are also implementing bag fees. “Bit by bit, traditional airlines in Africa, Asia and Latin America are expected to test the basic economy method as they work to overcome the challenges of a slowing global economy and the ever-present threat of their low-cost airline brethren,” predicts IdeaWorks.

To read the full article subscribe for FREE to LARA magazine.