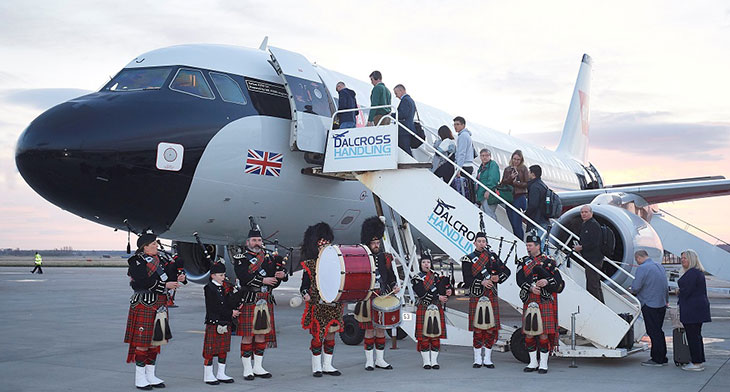 Back to the future – BA launches new Inverness flight

British Airways has launched an early morning service between Inverness and London Heathrow for more than two decades.

To celebrate the departure, passengers were piped aboard the BEA-liveried A319 retro-jet, by the Inverness Royal British Legion Pipe Band.