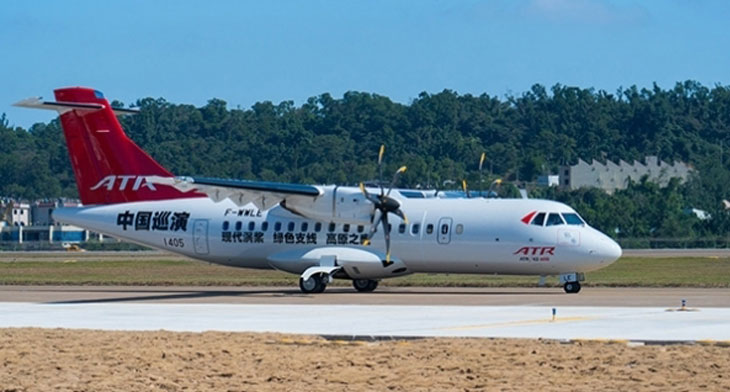 Despite China’s airline operator’s reluctance to purchase foreign turboprop airliners for its domestic routes, ATR the Franco-Italian turboprop manufacturer is confident that it can overcome any difficulties with the Civil Aviation Administration of China (CAAC) for ATR 72-600 operating certification. Previously, China had chosen an earlier version of the ATR 72.

“Operators of the ATR 72-600 will use the aircraft to serve remote parts of the country, especially those in the mountainous regions,” said ATR head of Asia-Pacific region Christophe Potocki.

ATR, in a partnership with Airbus and Leonardo are working on a system to provide pilots with enhanced vision in poor weather which is seen as critical to the deal with China.

Foreign turboprop sales in China have to compete alongside the country’s high-speed rail network which links most of the major cities and industrial sites. The rail network is highly competitive in travel time, scheduling and prices. But, the rail network struggles in the mountainous regions of China.

Additional complications to any kind of sale is that the government encourages its own airlines to buy Chinese aircraft. The Aviation Corporation of China produce the MA60 and MA600 turboprop airliners and is developing the MA700.