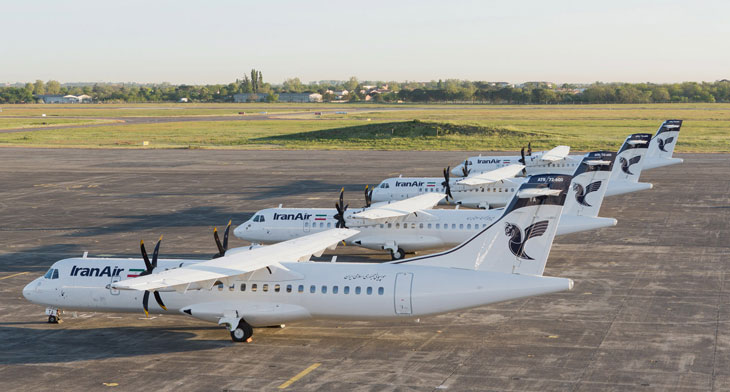 The US Office of Foreign Asset Control (OFAC) has granted ATR permission to supply parts to Iran, which will be used to support Iran Air’s fleet of 13 ATR 72s.

This will likely come as a huge relief to the carrier which as its struggled to maintain its fleet due to a lack of parts and tools.

Permission was granted back in April, but details have only now been released to the media. An ATR spokesperson stated: “In April 2019, ATR was granted a licence for the support of the Iran Air Fleet from the OFAC.

“The licence authorises ATR, in compliance with its terms, to export parts, components and tools, update software and provide technology, necessary to ensure the safe operation of the aircraft. The licence expires on the 30 April 2021.”

Despite the time limit on the new agreement, it does now mean that airlines in Iran operating ATRs can have access to the parts they need in order to maintain a safe level of service. The new agreement does not include ATR being allowed to deliver the remaining seven aircraft to Iran Air, that are part of an outstanding order dating back to 2017. This was due to the US withdrawing from the nuclear agreement with Iran on 8 May 2018, and the new Trump administration reintroduced sanctions against Iran.