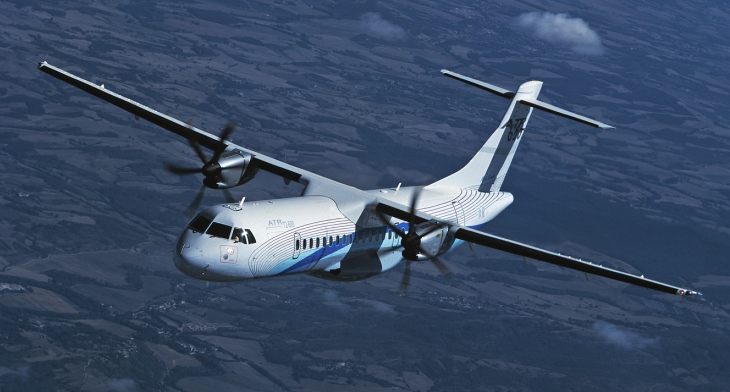 ATR has confirmed orders with African and Canadian airlines for three new turboprops.

The Botswana national flag carrier Air Botswana has signed a firm order for two new ATR 72-600s in a 70-seat, dual-class configuration. The first aircraft will be delivered during the fourth quarter of this year.

Canadian carrier Air Saint-Pierre, meanwhile, has signed a Memorandum of Understanding to buy an ATR 42-600 to replace its existing ATR 42-500.

The African airline says it is in the process of upgrading and restructuring its existing fleet with the addition of the two new turboprops. It has operated ATR -500 series aircraft since 1996, with three ATR 42-500s and one ATR 72-500 currently in its fleet. This purchase is the start of a progressive replacement of its turboprop fleet, it said.

Agnes Tsholofelo Khunwana, CEO of Air Botswana, said: “Acquiring the new generation ATR 72-600 in a dual-class configuration would be our most customer-centric development this year, which I am confident would greatly be embraced by our market.”

ATR CEO, Christian Scherer, commented: “Air Botswana’s decision to upgrade their fleet with two ATR 72-600s makes perfect sense in the context of the African market. There are currently around 400 regional passenger aircraft flying in Africa. Many of them will soon need to be replaced to ensure the continuation of regional connectivity. Operators with the ATR-600 series, like Air Botswana, will stand in a class of their own, both economically and in terms of passenger comfort.”

The manufacturer estimates that there will be a need for over 3,000 turboprops in the next 20 years, with more than 10% of these destined for Africa and the Middle East, with potentially the creation of approximately 300 new routes.

Air Saint-Pierre, based at St Pierre and Miquelon, signed an MoU for the purchase of the new ATR 42-600 turboprop to replace a 42-500 in use on the island since 2009. The carrier provides the French overseas territory with essential connectivity, flying to several locations in Canada.

The aircraft’s proven ability to operate effectively in windy conditions is vital for Air Saint-Pierre, said ATR. As with its predecessor, the -600 series is certified to take-off and land in cross wind conditions of 45 knots, a capability essential to operating in the challenging conditions of Saint-Pierre and Miquelon.

Air Saint-Pierre CEO, Benoit Olano, said: “Every operator is looking for the most efficient aircraft on the market to maximise their operations, however, with a small fleet it is vital that we invest in an aircraft that really delivers on every single criteria that we require. The ATR does this and will provide the people of Saint-Pierre and Miquelon with the continuing connectivity they need.”

The airline operates scheduled services between the islands of Saint-Pierre and Miquelon-Langlade and Canada. Its main base is Saint-Pierre Airport, from which it serves five destinations. In addition to the ATR 42 for its longer routes it also operates a Reims-Cessna F406 on its inter-island service.