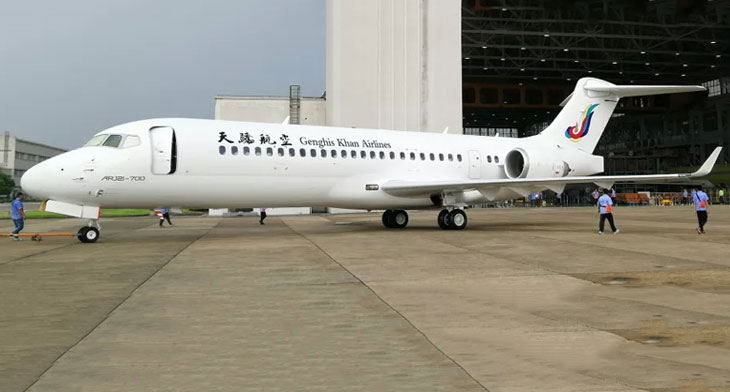 All go for Genghis Khan Airlines

Formerly known as Tianjiao Airlines, now rebranded as Genghis Khan Airlines has taken delivery of its second Comac ARJ21-700 ahead of the airline’s launch next month. The Chinese regional carrier is based at Hohhot Baita International Airport and aims to have a fleet of 25 aircraft, operating 60 flights to 40 destinations within five years. After which, the fleet will be increased to 50 aircraft, operating 150 services to 80 destinations after eight years.

The airline was due to equip with Bombardier CRJ900s but switched to Comac AJ21s, with 25 firm orders and an optional for 25 more placed in August 2018.

Comac has also signed an agreement with Genghis Khan Airlines to establish a flight school, a centre for maintenance an MRO facility and a training centre in Inner Mongolia.