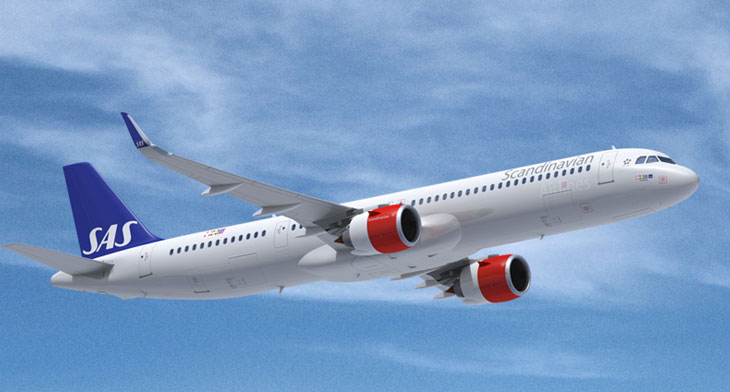 ALC to lease trio of A321LR to SAS

The three new aircraft will add to two A320-200neos on lease to the airline, for a total of five Airbus aircraft confirmed to deliver to SAS from ALC.

“ALC is pleased to announce this lease placement for three new Airbus aircraft with SAS and be the first to introduce the A321LR to the airline,” said Steven F. Udvar-Házy, executive chairman of Air Lease Corporation. “The A321-200neo LR will significantly enhance SAS’ expanding fleet operations as the airline launches new intercontinental routes with the most modern, fuel-efficient aircraft.”

“This is an entirely new aircraft type for SAS that is incredibly well suited to the Scandinavian market and our travel patterns,” said Rickard Gustafson, president and CEO, SAS. “We are looking forward to launching new routes and to evaluate the A321LR in production.”

The airline said the new aircraft will enable SAS to offer travellers more intercontinental routes, fewer stopovers and shorter travel times to and from Scandinavia. SAS added: “The aircraft has sufficient range to reach Northeast US, one of the most important intercontinental markets for SAS.”

Marc Baer, executive vice-president of Air Lease Corporation, commented that the A321LR would be a “key addition” to the airline’s fleet, with the capability to reach the airline’s important international markets, as well as new destinations in smaller markets, “all from Scandinavia.”

The aircraft is also expected to reduce emissions, expected to help the airline to reach its target of reducing carbon dioxide emissions by 25% by 2030.

SAS is now in the process of deciding on the first routes and cabin configuration of the aircraft. The new routes will gradually be communicated from spring 2019. The first aircraft will enter into service in the first half of 2020