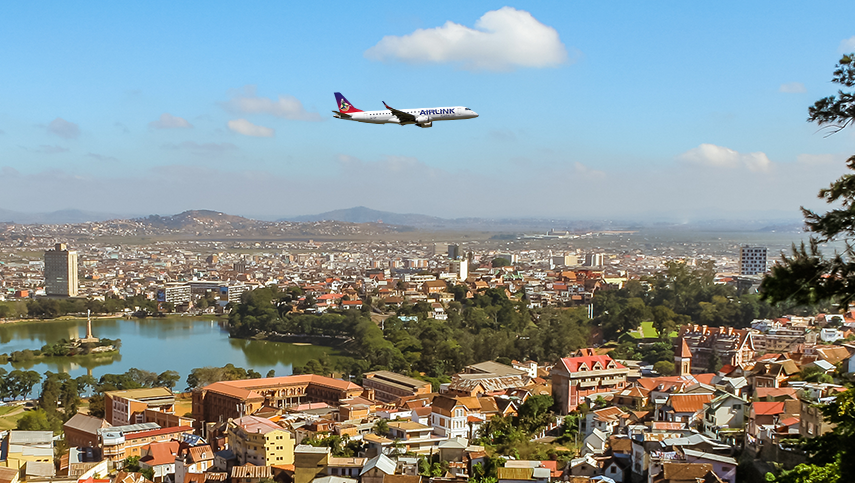 Airlink will restart scheduled services between South Africa and Madagascar at the end of January, as the three-year flight ban between the countries is lifted.

The resumption of the Johannesburg-Antananarivo route follows the lifting of Madagascar’s COVID-19 restrictions and will recommence on 30 January with a single weekly flight.

This will increase to three weekly flights from mid-February, and as demand increases, daily services will be considered. Airlink will utilise its Embraer jets for the route.

The resumption of services to Nosy-Be, a popular beach destination off the northwest coast of the island, will be considered in due course.

Airlink CEO and Managing Director, Rodger Foster said that the carrier was looking forward to resuming its role “in support of the recovery of ties between the two markets” and hopeful that the lifting of the ban would work to re-establish vital tourism and trade between the two countries.