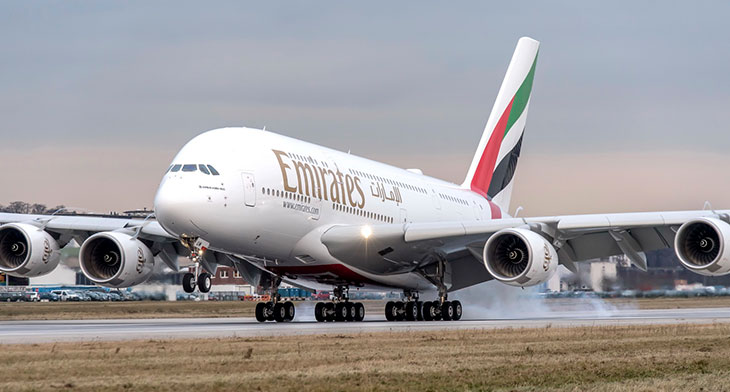 Airbus is winding down production of the A380 aircraft and will cease deliveries in 2021, following a decision by Emirates Airline to reduce its A380 orderbook.

Following a review of its operations, Emirates is reducing its A380 orderbook from 162 to 123 aircraft, and has opted instead for Airbus’ new-generation widebody aircraft, ordering 40 A330-900 and 30 A350-900 aircraft.

“As a result of this decision we have no substantial A380 backlog and hence no basis to sustain production, despite all our sales efforts with other airlines in recent years. This leads to the end of A380 deliveries in 2021,” said Airbus chief executive officer Tom Enders. “The consequences of this decision are largely embedded in our 2018 full year results”.

Emirates will take delivery of 14 further A380s over the next two years. Airbus said though deliveries will end in 2021, the company will continue to support operators while the aircraft are still in use.

There have been doubts around the future of the A380 for some time with low demand as airlines seek smaller widebodies. Airbus’ A380 ‘double-deck’ aircraft aimed to offer a solution for overcrowding, with airlines needing fewer journeys to carry more passengers. However, airlines have instead been opting for smaller, newer generation widebody aircraft.

“Without the A380 we would never have been able to develop the A350,” Guillaume Faury, president, Airbus Commercial Aircraft, commented that as the industry focus shifts towards fuel consumption and protection of the environment “it makes a lot of sense” and is no surprise that the A350 aircraft is now taking the lead.

Enders said the announcement was “painful” adding, “The A380 is Emirates’ flagship and has contributed to the airline’s success for more than ten years. As much as we regret the airline’s position, selecting the A330neo and A350 for its future growth is a great endorsement of our very competitive widebody aircraft family.”

Airbus will start discussions over the next few weeks regarding the 3,000 to 2,500 positions potentially impacted by the decision over the next three years. The company added that the A320 ramp-up and the new widebody order from Emirates will offer a number of internal opportunities.