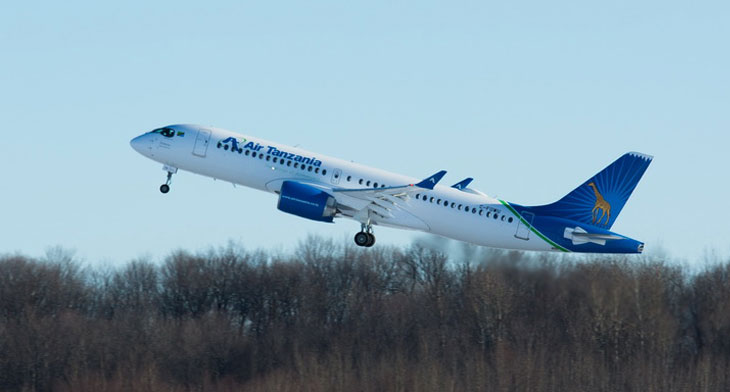 Air Tanzania has become the first African carrier to take delivery of the Airbus A220 aircraft in a handover at the A220 Mirabel assembly line.

The A220-300 will enable the airline to further develop its domestic and regional market as well as open new routes to India and the Middle East from its base in Dar es Salaam in Tanzania.

Ladislaus Matindi, managing director and CEO, Air Tanzania Company Limited, said: “With the addition of the A220 in our fleet we are confident that we will expand our footprint in the growing African markets and beyond, as we unlock additional routes and regain our position as a key player in the African air transport market.”

Representatives from the airline and officials from the United Republic of Tanzania Government celebrated the aircraft handover at the A220 Mirabel assembly line, alongside executives from the A220 programme. Tito Kasambala, acting CEO of the Tanzanian Government Flight Agency (TGFA) said the A220 would be an “excellent asset” to further develop the airline’s network.

With this delivery Air Tanzania becomes the latest member of Airbus aircraft operators, and the fifth airline globally with an A220 family aircraft.

“After Europe, Asia and America, we are proud to see the A220 fly now also on the African continent and in Air Tanzania’s livery. With over 240 Airbus aircraft flying in Africa and a large network of flight service offices in the region, we are ready to contribute to the airline’s success,” said Philippe Balducchi, CEO of the A220 partnership.