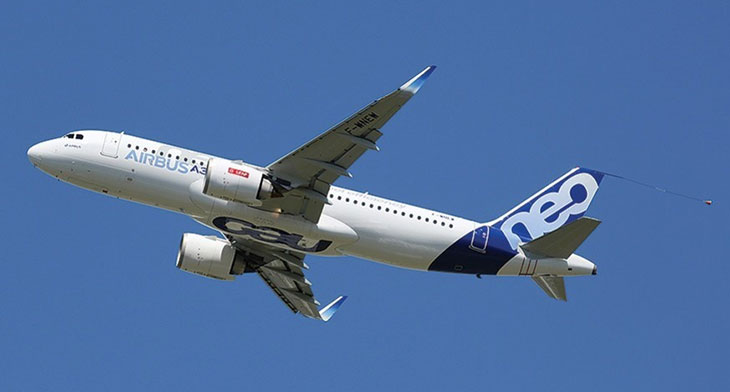 Aeroflot is to increase its Airbus fleet with plans to introduce nine A320neos jets. Currently the airline is behind introducing the type into service compared with other Russian operators.

Listed in a Russian state procurement document, Aeroflot will order six medium-haul A320neos from Airbus. The two-part bidding process was launched on July 15 and included leasing six aircraft for a 12-year period.  Earlier in the month, Aeroflot announced a tender for three A321neo, planning to lease the aircraft for 12 years. This takes Aeroflot’s current orders for the type to nine jets in a deal worth around US$870.6 million. All nine aircraft are due to be delivered in 2020.

These new aircraft will serve alongside Aeroflot’s extensive Airbus fleet which includes 78 A320s and 35 A321s. The ‘neo’ will be a new model for the airline, the only other operator operating a ‘neo’ variant is S7 airlines, one of the largest in the country. The airline flies both the A320neo and A321neo models.

Earlier in the year, following the grounding of the MAX fleet, RT news channel reported that contracts for the purchase of several dozen aircraft by Russian airlines, including Aeroflot’s LCC subsidiary Pobeda, S7 Airlines, Ural Airlines and UTair had been suspended indefinitely. Aeroflot’s CEO Vitaly Savelyev stated that the company would refuse to operate the MAX aircraft ordered by Pobeda, the first of which was expected to arrive in November. Ural Airlines expects its first Boeing 737 MAX in December.

Currently Russian operators are awaiting the outcome of the Boeing’s recommendations to resolve the MAX crisis, but it is speculated that carriers may switch to a similar type built by Airbus, simply to resolve what is becoming a five-month grounding and likely to continue well into the winter.