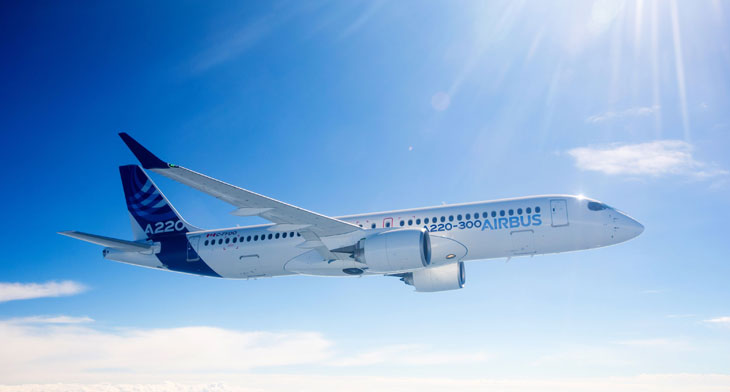 Airbus A220 to be given Russian certification

The Airbus A220, (formerly named the Bombardier C-Series) is undergoing certification procedures in Russia under the direction of Airbus, its engine maker Pratt & Whitney and Russia’s aviation authority Rosaviatsiya.

Airbus is confident that the A220 series of aircraft will prove popular with Russian airlines and predicts demand in the region for the narrow-body aircraft could be significant.

“We expect to have the A220 certified in Russia by the middle of the year. We are in close cooperation with the Russian aviation authorities who are providing us with complete support in all certification matters,” said an Airbus representative.

The first to be certified is the A220-300 model. Rosaviatsiya has confirmed to the media that it had received the application and that the Aviation Register of the Russian Federation – and unnamed accredited certification centres – “continue with their respective roles in accordance with the designated schedule.”

At the same time, certification of the PW1500G engine, which powers the A220, will also be completed with an application from Pratt & Whitney, Rosaviatsiya added.

The A220’s debut within the Russian market was made possible by a technical agreement for mutual recognition of the validity of aircraft certification approvals, agreed by Rosaviatsiya and Transport Canada Civil Aviation in January.

An annual forecast by Airbus predicts the demand for narrow-body aircraft with 100 seats and more in Russia could reach 1,000 within the next 20 years. “Logically some part of this demand will be covered by the A220. We are confident that this aircraft family may be of interest to Russian customers,” Airbus said.