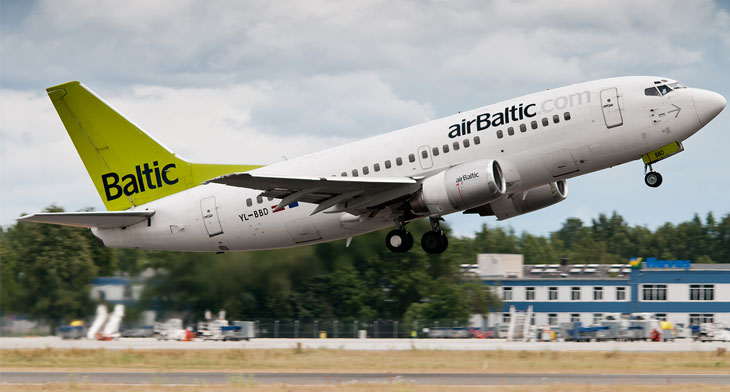 The Latvian airline, airBaltic, will end its Boeing 737 fleet operations in autumn 2019, a year ahead of its original plan, aiming to minimise fleet complexity with a fleet of only Airbus A220-300 aircraft.

“Airbus A220-300 is the aircraft of our future and, by phasing out the Boeing 737, we will have the youngest jet fleet in Europe,” commented Martin Gauss, chief executive officer of airBaltic. “The introduction of Airbus A220-300 has been very successful and provided the additional efficiency any airline is seeking in the highly competitive aviation market. Thanks to the good overall performance we took a decision to introduce a single type fleet of up to 80 (50 firm order and 30 options) Airbus A220-300 aircraft by 2022.”

The airline added in a statement that the A220-300 had “performed beyond company’s expectations” citing a “better overall performance” as well as fuel efficiency and passenger and staff convenience.