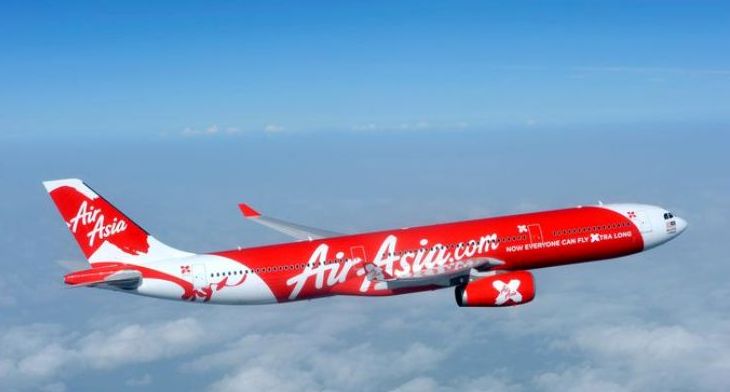 AirAsia X Berhad has reported increased pressure from rising fuel prices in its results for the third quarter of the year (3Q18).

The company recorded a revenue of RM1,077.4 million (ringgit), down by 4% year-on-year (YoY) compared to the same period last year. AirAsia X said the decrease was on the back of decreased scheduled flight revenue following a 5% drop in average base fare in 3Q18 due to the introduction of new routes and capacity building on established routes. However, average base fare in the quarter increased by 13% from the second quarter ended 30 June 2018.

The company recorded a Net Operating Loss for 3Q18 of RM205.2 million, up from RM60.2 million in the same period in 2017. This was mainly attributed to an increase in the average fuel price from USD65 per barrel in 3Q17 to USD91 per barrel in 3Q18. Net loss for the quarter stood at RM197.5 million as compared to RM43.3 million during the third quarter of 2017.

In the third quarter  the number of passengers carried increased 1% year-on-year to 1,511,625 passengers. The load factor grew 1 percentage point to 80%.

The Company’s Available Seat per Kilometre (ASK) capacity decreased 4% year-on-year (YoY) to 8,806 million. AirAsia said this comes after the redeployment of capacity to the North Asia region following capacity management in Australia earlier this year and the termination of Tehran last quarter.

Revenue per Available Seat Kilometre (RASK) decreased by 1% year-on-year to 12.25 sen, in what the company sees as a “short-term impact from the termination of Tehran and gradual reduction in flights to Kathmandu.” However, compared to the second quarter of 2018, the RASK had improved by 4% following improvements of RASK from routes in China.

Cost, measured in Cost per Available Seat Kilometre, was up 12% YoY on the back of higher average fuel price which was 41% higher YoY and also “provision for doubtful debts provided for AirAsia X Indonesia.”

“The Company recognises that the current operating environment is challenging, however, we strongly believe that our business model is strong and robust enough to weather these challenges,” said AirAsia X Group CEO Nadda Buranasiri. “The airline takes pride in being able to serve more passengers and posted a higher load factor during the quarter under review.”

“The market should appreciate we now have the right formula with an optimal mixture of monopoly and high traffic routes,” he argued, explaining that the company has been profitable for two and a half years, partly due to the airline’s discipline in structuring network plans such as “focusing on routes within 5-8 hours as well as building market share in our core countries for country dominance such China, Japan, Korea and India.”

“Our fares were lower during the quarter but that was mainly due to the introduction of new routes as well as additional capacity on established routes. However, our fares have increased by 13% from the previous quarter and we expect to reap further rewards once these routes mature.”

AirAsia X Malaysia recorded a load factor of 80% in 3Q18, while ASK capacity was down 4% YoY compared to the previous year, attributed to capacity management in Australia and redeployment to North Asia.

The CEO also pointed out the company has had to deal with a series of natural disasters across Indonesia, Japan and Hawaii in the third quarter 2018.”

AirAsia X Thailand reported a weaker financial performance with Buranasiri pointing to the higher fuel costs in a “traditionally lean” third quarter but remains optimistic: “With Thailand as a natural hub for the tourism sector, we are confident that the Thailand operations will recover in the coming quarter following commencement of the peak year-end travel season.”

AirAsia X Thailand has however, raised its average base fare up by 4% YoY to USD130 and has carried 36% more passengers compared to the same period last year as it took delivery of two additional aircraft in 2018.

The future seems cloudy however for the group’s Indonesian operator, AirAsia X Indonesia, which the company plan to operate on a non-scheduled commercial airline basis going forwards.

“With the challenging operational environment in Indonesia, primarily due to the series of natural disasters that occurred in proximity to Bali, the Company is underway to evaluate the available options for our Indonesian associate to ensure sustainability of the Company with the last scheduled flight from Bali to Narita will end in January 2019,” said Buranasiri.

AirAsia X Malaysia CEO Benyamin Ismail added, “The Company’s performance in third quarter 2018 was impacted by the hike in fuel price and the provision for doubtful debt in relation to our Indonesian associate. However, we are confident that positive growth will return in coming quarters on the back of improved fare structures and better cost efficiencies.”

Looking ahead, Buranasiri suggests the outlook for AirAsia X Malaysia and Thailand is “compelling” going on to say, “We see that the demand to fly is soaring as the Company’s forward bookings for the fourth quarter and 2019 are ahead of last year’s records.”

The group expect operational cost excluding fuel to decrease in the coming quarters as cost saving initiatives take effect. These include negotiations with lessors for lower aircraft lease rates as well as with business partners to lower ground handling rates at foreign stations. AirAsia X group also hope to continue to maintain high aircraft utilisation rate through more point-to-point and fly-thru routes in 2019.

Concluding, Buranasiri said the business model is “robust and strong,” adding: “With the recent dip in global fuel price, there arises a huge opportunity for the airline to extract further benefits through fuel hedging strategies. The Group intends to stay focused on its strategy in securing routes with high yield and traffic, and strengthening market dominance in core markets as we have full confidence that this will deliver sustainable returns in the long term.”