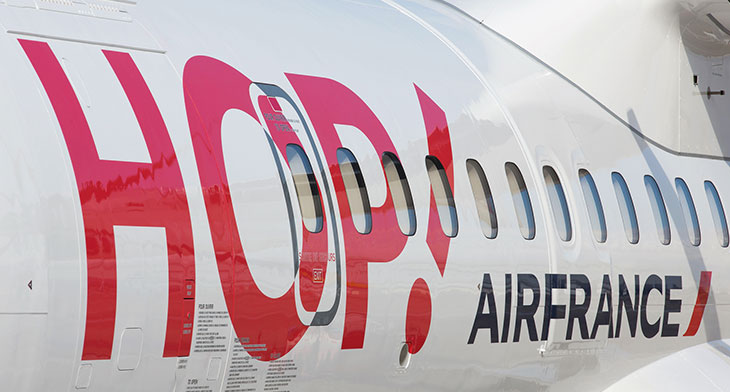 Air France subsidiary HOP! will retire its three ATR 42-500 aircraft at the end of 2019. The three aircraft which have an average age of 23 years of service, serve on the Marseilles to Toulouse and Toulouse to Nates routes, which have a fight time of about an hour.

Several ATRs that served with HOP! were sold to the Greek carrier Sky Express and it’s likely that these last three ATRs will follow the same route.

The French carrier, still has the newer ATR 72-600 in its fleet, and these have been replacing the -500s. These latter variants are only three to four years old.

The transition to the later -600 in 2015 was part of HOP!’s long-term strategy to upgrade its current fleet and improve its overall network capabilities. But earlier this year it was reported that Air France, which underwent a reshaping of its brand portfolio is now considering phasing out the carrier, due in part to the inability of HOP!’s local regional routes to provide connections for those of Air France.