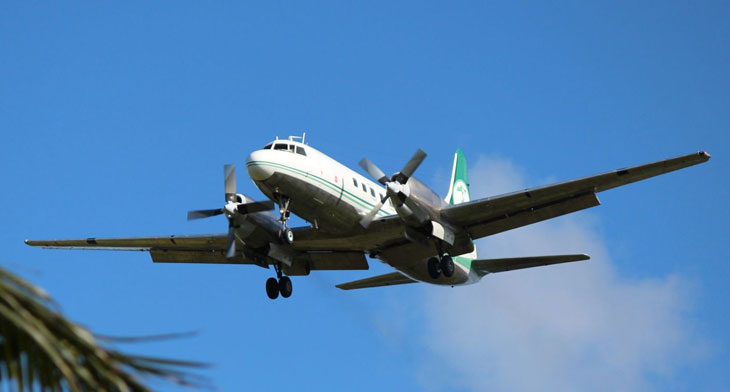 Norfolk Island, one of the world’s most remote islands is due to get another regular air service. Regional New Zealand airline, Air Chathams is starting a weekly service between Auckland and Norfolk Island from 6 September. Routes Online reports that the service will be operated using a Convair 580.
A regular passenger service between New Zealand and Norfolk Island stems from a series of successful charter trips to the island by the airline earlier this year.
In a statement, Air Chathams GM, Duane Emeny said: “Air Chathams has made significant investments in anticipation of the success of the direct Auckland to Norfolk route, gaining required approvals from Australian Home Affairs, ANZA approvals from the NZ CAA and MOT licensing. There are so many parallels between Norfolk Island and Chatham Islands, except perhaps the weather. And we are really excited to re-establish that direct link to Auckland.”