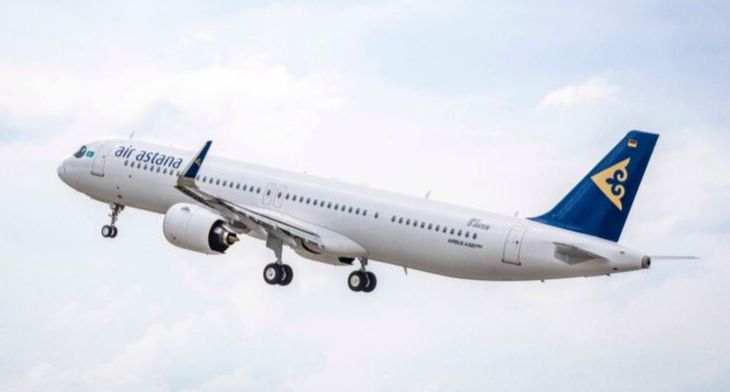 Air Astana has taken delivery of the first of seven Airbus A321LR aircraft under an operating lease agreement with Air Lease Corporation, making it the first operator of the aircraft type in the CIS.

The remaining six long-range aircraft are scheduled for delivery to the Kazakhstan-based carrier over the next 12 to 18 months, depending on Airbus’ production capacity in Hamburg.

Air Astana currently has 18 Airbus aircraft in the fleet (eight A320s, four A321s, three A320neo and three A321neo) which the new A321LR aircraft will join. The long-range aircraft will gradually replace the airline’s Boeing 757 aircraft on long-haul services to European and Asian destinations.

The aircraft is equipped with the latest-generation Pratt & Whitney engines, which the airline said reduce fuel consumption by 20%, maintenance costs by 5%, carbon emissions by 20% and noise levels by 50% compared with the current generation of aircraft.

The A321LR is also equipped with a Zodiac (RAVE) in-flight entertainment system, common with all other Airbus and Boeing aircraft in the fleet.