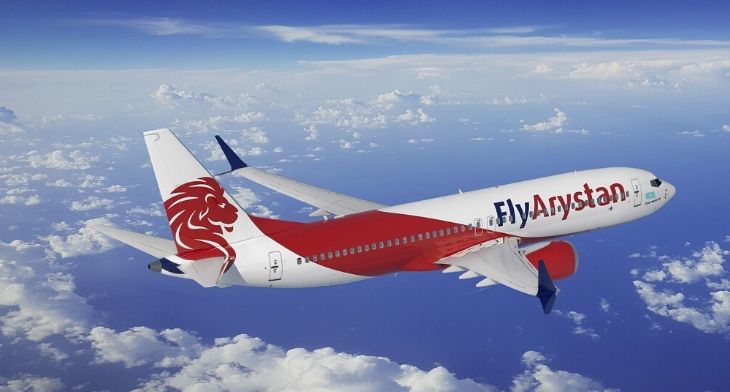 Air Astana has revealed its intention to order 30 Boeing 737 MAX 8 aircraft to serve as the “backbone” of the fleet for its low-cost carrier FlyArystan with the signing of a letter of intent for the 30 aircraft at a list price value of $3.6 billion.

The low-cost operation, FlyArystan, launched in May to better compete in the low-cost segment and the plan is to expand the growing domestic network with international services to Moscow commencing next month. The airline is currently flying Airbus A320 aircraft from Air Astana’s fleet serving 10 domestic routes.

“Since its launch in May this year, FlyArystan has exceeded all expectations and it is clear that low cost air travel has a great future in Kazakhstan and Central Asia,” said Peter Foster, President and CEO of Air Astana. “Air Astana has had a strong relationship with Boeing ever since the airline started flying in 2002 with a pair of 737NGs. Today we operate both 757s and 767s and we believe that the MAX will provide a solid platform for the growth of FlyArystan throughout our region, once the aircraft has successfully returned to service”.

The deal is subject to further discussions and approvals and the re-certification of the aircraft by regulators. The plan is for 15 of the aircraft to be leased, while the other 15 will be purchased and the aircraft are expected to start delivering in 2021, fitted with 189 seats in a one-class layout.

Stan Deal, president and chief executive officer of Boeing Commercial Airplanes said: “We believe the efficiency and reliability built into the 737 MAX will be a great fit for FlyArystan. We look forward to working with Peter and his team finalise an agreement that meets their fleet and operational requirements.”