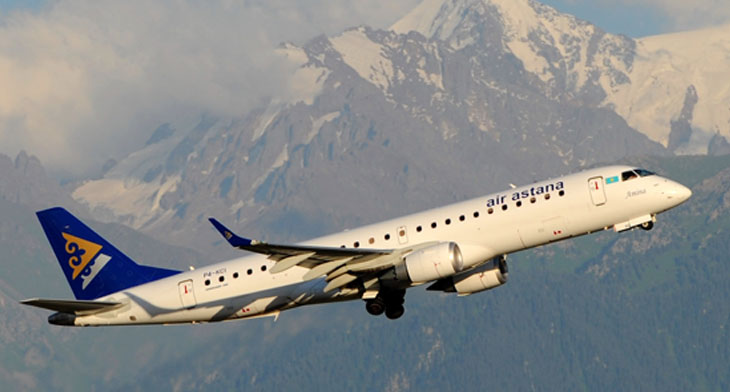 An Air Astana aircraft was forced to make an emergency landing in Portugal after encountering “serious control problems,” according to the airline’s president and chief executive officer, Peter Foster.

The Embraer E190, registered P4-KCJ, landed safely at Beja Airport after a number of attempts. A series of tweets from Foster stated: “Our Embraer flight KC1388 returning from C Check at OGMA in Lisbon forced to make an emergency landing at Beja Airport. The flight, carrying our technical personnel on its return from heavy maintenance at OGMA, developed serious control problems and was escorted to Beja. Thankfully our technical personnel now safe.”

The Kazakhstan flag carrier’s aircraft was reported to have suffered apparent hydraulic failure – although this has not been confirmed – and had to circle around Alverca Airport near Lisbon, where OGMA Maintenance is based, shortly after taking off on a test flight yesterday (Sunday) at around 13.30 UTC. There were six crew onboard only, including pilots and engineers.

The aircraft was being escorted by two Portuguese F-16s before eventually managing to land at Beja Airport.