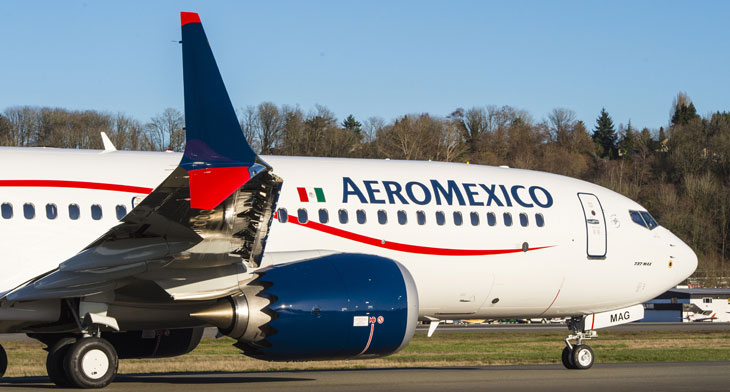 The latest airline to seek compensation from Boeing for the grounding of the 737 MAX is AeroMéxico. As the summer season approaches and the FAA is unable say when the grounding for the type will be lifted, many airlines are looking at the US aircraft manufacturer to reimburse their lost earnings.

With the grounding order now moving into its third month, operators are asking when they can put their MAX fleet back in the air.

As Mexico’s top airline, AeroMéxico took the lead decision to ground its six MAX aircraft ahead of the FAA announcement following the Lion Air and Ethiopian Airlines crashes.

James Sarvis, director of operations for AeroMéxico, said: “The grounding of the MAX has meant that the airline has had to retain aircraft that were due to be sold, not to mention extending the leases on some, that should have been returned. I’m not going to lie that it has had an economic impact, the loss of the MAX and the cost of fuel that continues to rise in a very fast way, it hurts us.”

Along with the six grounded aircraft the airline has stored in its hangars, AeroMéxico should have received one further aircraft by now, from the 60 it has on order with Boeing.

It has been estimated that the cost of storing and maintaining each 737 MAX during the grounding is approximately US$2,000 per month.