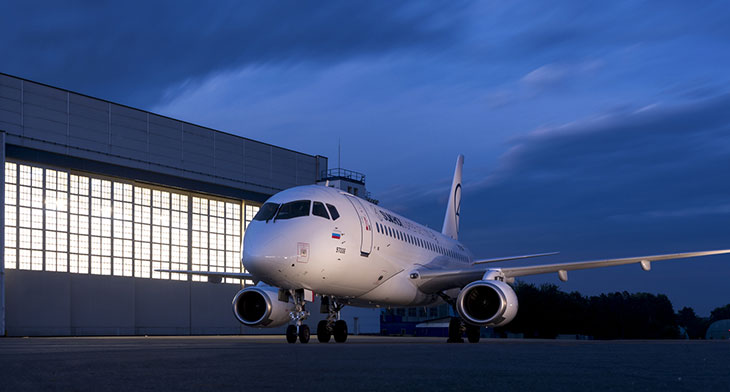 Russian flag-carrier Aeroflot has made a scathing attack on the regional governor of Khabarovsk who suggested that the accident involving the Sukhoi Superjet 100 was caused by pilot error.

The Khabarovsk region includes Komsomolsk-on-Amur, where the Superjet assembly line is based.

Governor Sergei Furgal, in an interview with a local television network confirmed that Superjet production would not be halted as a result of the 5 May accident.

But he claimed that official conclusions stated that the aircraft was in “perfect” technical condition and “fully functional”, and that the pilots made “a number of errors”, due to experience or agitation, while returning to land at Moscow Sheremetyevo.

Initial findings from the inquiry, indicate that the aircraft suffered a serious electrical failure, including a gradual loss of control and communications, possibly the result of a lightning strike.

Aeroflot dismissed Furgal’s comments, describing them as a “blatant attempt” to put pressure on the Interstate Aviation Committee, which is leading the inquiry.

The airline has stated that it has not received any supporting evidence to validate Furgal’s claims regarding the technical status of the jet.

Aeroflot said that the investigating authorities have yet to obtain results from the inquiry into the accident, which resulted in the death of 41 passengers.