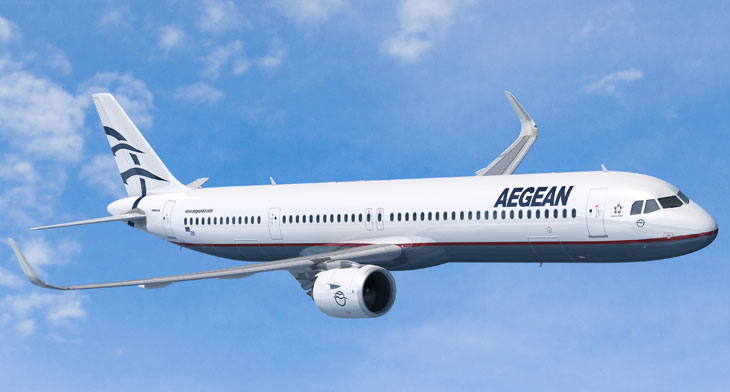 Aegean Airlines has opted for Pratt & Whitney’s geared turbofan (GTF) engine to power its new fleet of up to 62 Airbus A320neo family aircraft.

The Greek carrier has 30 on firm order, with 12 options, with up to another 20 to be leased. It signed a purchase agreement with Airbus in June this year for the order of up to 42 new generation aircraft of the A320neo family, as well as confirming its plans to place the additional orders for 20 more with lessors.

“We selected the Pratt & Whitney GTF engine to provide our passengers with the newest and most advanced technology available for our new Airbus aircraft,” said Eftichios Vassilakis, Aegean’s chairman. “The GTF will serve us and our customers with the most economical and environmentally friendly power available on the market today.” The engine entered into service early in 2016.

“We are honoured by Aegean Airlines’ continued confidence in our engines and services,” said Rick Deurloo, senior vice-president of sales, marketing and customer support at the engine manufacturer, a division of United Technologies Corp.

Aegean flew 13.2 million passengers in 2017, and this year its network covers 153 destinations (31 domestic and 122 international) to 44 countries, using its current fleet of 61 aircraft.