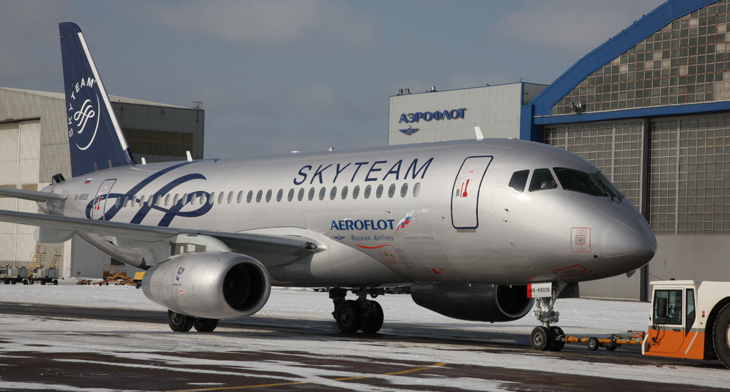 Russia’s Aeroflot has received its fiftieth Sukhoi Superjet 100 (SSJ100), concluding the delivery of aircraft ordered via two separate contracts for 30 and 20 respectively.

The aircraft was named after the Russian artist and landscape master Vasily Polenov, it said, and flew for the first time on 26 September between Moscow, Sochi and Simferopol.

Vitaly Saveliev, JSC Aeroflot director general, highlighted that the company had earlier this month also signed an “unprecedented agreement for the delivery of another 100 aircraft of this type.” Aeroflot’s fleet of Russian aircraft will grow to 200, including 50 new MC-21 aircraft also on order, when that type enters service following its current testing and development programme. The airline will receive its next 100 SSJ100s between 2019 and 2026. It flies the jet in a two-class layout, with 12 seats in business class and 75 in economy.

Yury Slyusar, president of the United Aircraft Corporation that owns Sukhoi, said: “As the launch customer and owner of the largest SSJ100 fleet, Aeroflot had great impact on the project. The fulfillment of another contract is a great milestone for the programme. Additional agreements for the delivery of the MC-21 opens new interesting opportunities for collaboration.”

Alexander Rubtsov, president of Sukhoi Civil Aircraft Company, added: “Our continuous joint work, as well as enlargement of the airline fleet with the SSJ100 aircraft – is the strong result of our performance and confirmation we are on the right track. We appreciate our collaboration with Aeroflot as far as the increase of the SSJ100’s reliability is concerned. In the meantime, SCAC is steadily working on the creation of new spare parts warehouses and filling up existing ones in order to improve the after-sales support of the SSJ100.”